- Research to Innovation, Challenges from Academia to Industy, by Phlip Mills, CSIT

IPACSO Supports the Cyber Security & Privacy Innovation Forum 2015, with keynotes from Paul Timmers and Jakub Boratynski from the European Commission


Is Cyber Security & Privacy core to your business or academic activities?

This important event will provide a unique opportunity for like minded Industry, academics,policy makers and business investors to come together for fruitful networking opportunities. The 2 day event is where real Cyber Security & Privacy research success stories, future upcoming challenges/research priorities and opportunities for investment stemming from mature research activities will be highlighted and discussed in depth.

Dont miss the opportunity to chat directly to the European Commission project and policy officers in this domain, and meet face to face with the researchers at the core of the current EU FP7 Trust & Security funded reserarch projects. View their demonstrators and innovative outputs in the dedicated Exhibition booths 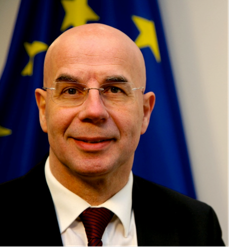 Head of Unit, Trust and Security,

SecurIT announced today it has won the Red Herring's Top 100 Europe award, a prestigious list honoring the year’s most promising private technology ventures from the European business region.
The Red Herring editorial team selected the most innovative companies from a pool of hundreds from across Europe. The nominees are evaluated on 20 main quantitative and qualitative criterion: they include disruptive impact, market footprint, proof of concept, financial performance, technology innovation, social value, quality of management, execution of strategy, and integration into their respective industries.
This unique assessment of potential is complemented by a review of the actual track record and standing of a company, which allows Red Herring to see past the “buzz” and make the list a valuable instrument for discovering and advocating the greatest business opportunities in the industry.
"This year was rewarding, beyond all expectations" said Alex Vieux, publisher and CEO of Red Herring. "There are many great companies producing really innovative and amazing products in Europe. We had a very difficult time narrowing the pool and selecting the finalists. SecurIT’s TrustBuilder shows great promise and therefore deserves to be among the Finalists. Now we’re faced with the difficult task of selecting the Top 100 winners of Red Herring Europe. We know that the 2015 crop will grow into some amazing companies that are sure to make an impact."
Finalists for the 2015 edition of the Red Herring 100 Europe award are selected based upon their technological innovation, management strength, market size, investor record, customer acquisition, and financial health. During the months leading up to the announcement, hundreds of companies in the telecommunications, security, Web 2.0, software, hardware, biotech, mobile and other industries completed their submissions to qualify for the award.
The Finalists presented their winning strategies at the Red Herring Europe Forum in Amsterdam, April 13-15, 2015. The winners have been announced at a special awards ceremony the evening of April 15 at the event.
For More information go to Red Herring Finalist list.

The "Guide des Startups" is a 360 pages electronic book, with a good inventory of the French Ecosystem with support for startups. Published in French, mainly for French startups and developing companies in France (over 700 in cyber security). Especially for the great collection of different domain competencies, including some legal guiadance. It's also a great perspective on some experiences by the companies themselves, including: pivoting history, social responsibility of the director, robotic startup lessons, tax guidance, the finance ecosystem, equity guidance, crowdsourcing with kickstarter, European H2020 financing, French Tech, support actions for Paris, Nice and support for external regional startups, with quantative data.

The Forum brought together in the region of 100 technologists, anthropologists, engineers, social scientists, entrepreneurs, designers, policy makers and civil society organisations, across Europe and beyond in order to better understand how humans engage with digital life and which options emerge.

On day 1 of the Forum, IPACSO joined with six other EU projects (USEMP, RRI-ACT, PRISMS, OpenYourCity, VOXZ-Pol and Civic Epistemologies) to share our respective insights, knowledge and developments in the areas of digital enlightenment, cyber security and privacy.

The event was truly an enlightening experience with a diverse and stimulating agenda, underpinned by multi and interdisciplinary knowledge sharing via the plenary panel discussions sessions, breakout sessions and keynote presentations from DG CNECT and the Irish Minister of State Dara Murphy - Europe's first Minister with special responsibility for Data Protection.

More information on the Digital Enlightenment Forum is available at: https://digitalenlightenment.org/event/digital-enlightenment-forum-2015 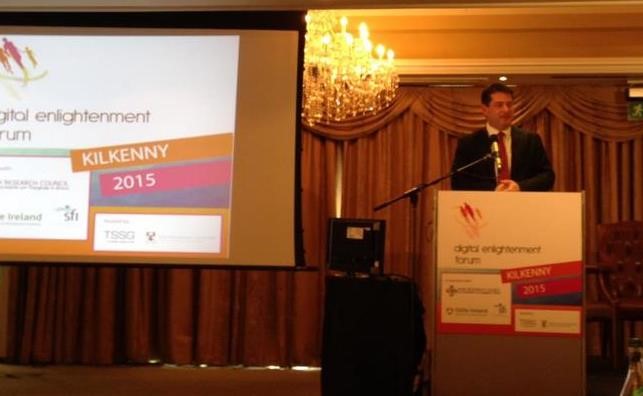 Cybersecurity Startups Financing Series A up 13% in 2014

According to CB Insights, a market research firm, in the last 5 years, $7.3B has been invested into 1208 private cybersecurity startups. "Since 2010, deals and dollars increased steadily growing by more than 100% in both areas during this time period. Funding in 2014 broke the $2B barrier for the first time while deals continued their steady ascent growing to 269 deals.

Cyber Security Deals and Dollars by YearOn a quarterly basis, we see that Q2 and Q3 of 2014 were the strongest for investment, with both reaching over $700M dollars invested. Large deals during this time include a $150M investment into Lookout as well as multiple rounds totaling over $180M into Good Technology. Deals hit a peak in Q4’13 and Q1’14 with 73 deals in both quarters.

Series A deal share exploded in 2014 growing by 13% between 2013 and 2014. Conversely, Seed rounds decreased significantly, reaching a 5 year low and taking a bit more than a quarter of total deals. Series D deal share has decreased consistently over the last 4 years, taking only 1% in 2014. Some Series A deals in 2014 include investments in BitGo and ZeroFOX.

Dollars were relatively evenly divided across these series, with the exception of Seed and Series D deals, which took 3% of dollars. Seed is expected given those are generally smaller deals in terms of size, but the Series D drop off is a bit less expected given those should be among the more sizable deals that are happening. Interestingly, CB Insights tracked 8 Series B deals over $25M so the distinctions between rounds have gotten blurrier in cybersecurity as investors are keen to invest in the space and often in large amounts irrespective of series or stage. Series C dollar share doubled, with deals including Shape Security and Skyhigh Networks."

The research firm continues providing an overview of well funded companies and investors.

"Good Technology tops the list of most well-funded startups, having raised more than $550M over it’s life time. The company has been making a number of acquisitions, including Fixmo and Boxtone and is part of the tech IPO pipeline. Lookout managed to take the number 2 spot after their $150M financing which included Khosla Ventures, Accel Partners, and A16Z among others. Cumulatively, the most well-funded startups have raised more than $1.86B dollars.

Among VC investors, Intel Capital is the most active investor in cybersecurity startups having invested in more than 20 companies since 2010. Intel backed companies include OpenPeak, Prolexic Technologies, and Bromium. Accel Partners and KPCB took second and third place respectively, investing in more than 15 unique companies each. Intel and Google were the only corporate investors that made the list of most active investors.